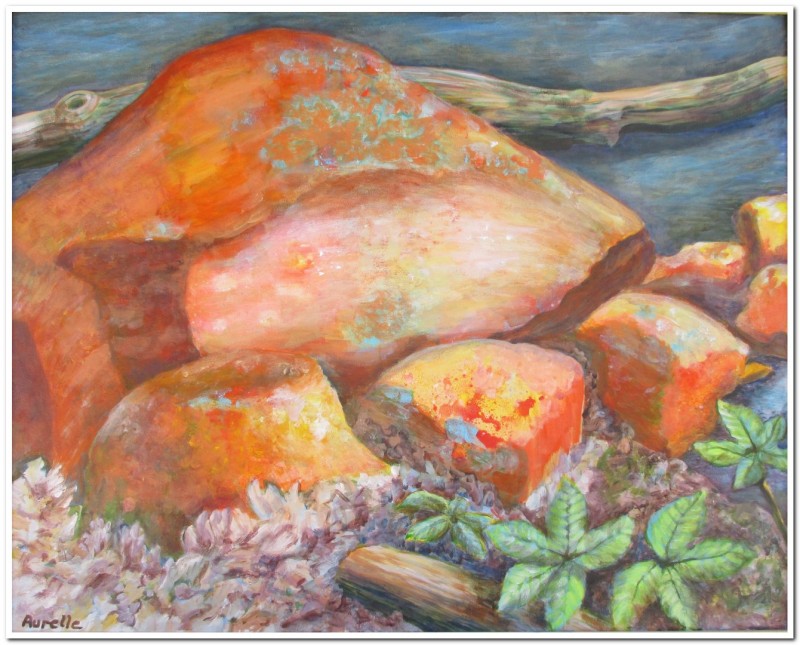 Stony Tribute. Acrylic on canvas, 20” x 31.” This painting depicts both the actual scene AND my imagination. Although I began painting this view in plein air, I also was influenced by some research I did: 1.) type of rock it is--diabase (a type of volcanic rock which initially was molten) and 2.) Lenape village called Wissamonson which once inhabited the area. The villages dwindled down to two prior to European settlers arriving. Why they disappeared is still unknown to historians.